The Monumental Staircase and the Flag

listed (CMN) - 20th C
Back list
Rayol-Canadel-sur-Mer
A succession of stairs from the highest point, Le Drapeau, to the sea.
From this point of view to the sea, you will take the Degrés Supérieurs, the Degrés du Centre, the Degrés du Patec, the square Jean Aicard and the majestic Degrés de la Mer. The monumental stairs were built during the year 1927, they were a way of communication of the housing estate Terres de France, from the sea to the highest point Le Drapeau.
At that time, the flag overlooked the entire real estate development Terres de France. You can still enjoy a fabulous view over several kilometers of coastline from east to west and discover the Golden Islands, from left to right, Le Levant, Port-Cros, the islet of Bagaud and in the background behind Cap Bénat, the island of Porquerolles.
Building these steps was an important undertaking, the workers were spread out in several places, those of the construction site along the sea were obliged to build important retaining walls, lightened by arcades.
The large stone staircases are made of schist from the Massif des Maures. Low walls border it, carrying pottery jars, most of them bulging and flowered. The staircases make the best use of the accidents of the ground.
The Jean Aicard square, still existing, planted with cork oak, heather, pines, mimosas offers a shady stop as well as a beautiful perspective. It overlooks the Degrés de la Mer, stairs decorated with white roses, which majestically lead the walker to the beach.
The monumental staircase was classified as a historical monument in 1989.

Planted on the highest point of Le Rayol (316m), the flag is a metal mast that also serves as a weather vane. Underneath, the rock has formed a large anfractuosity which was nicknamed "the cave". Before, a sheltered pontoon was built from where one could admire the view. 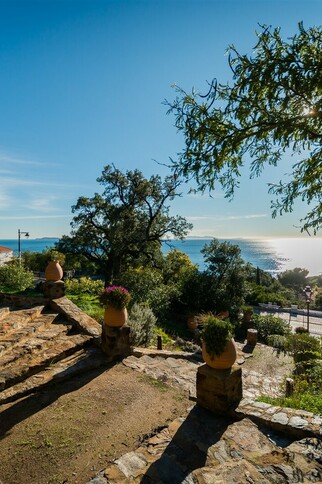 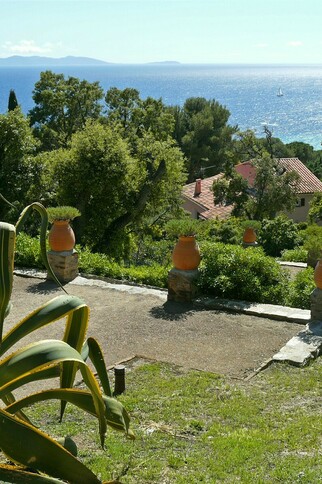 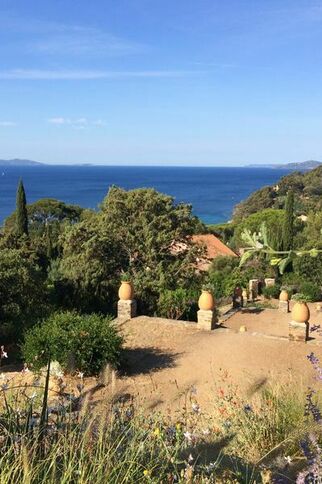 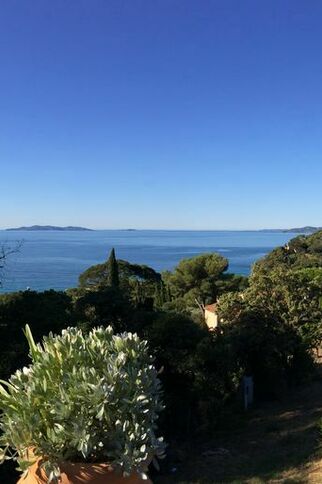 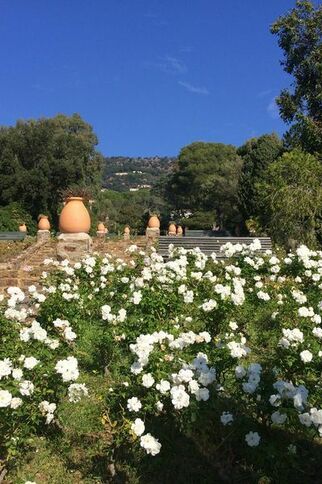 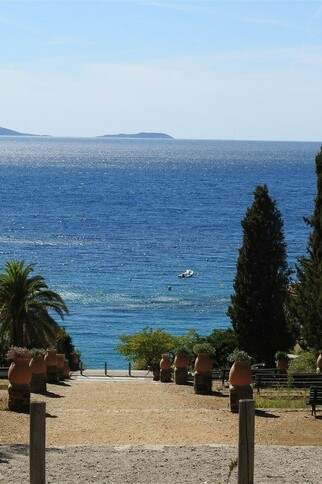 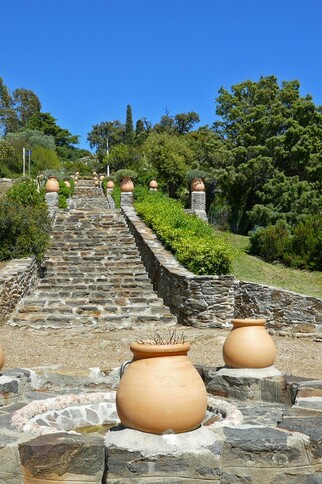 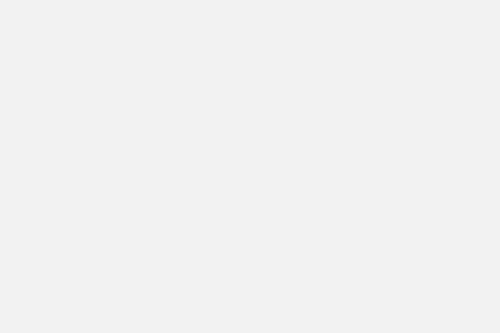