A village blessed by the gods

The heart of this beautifully restored perched village has retained all its authentic character: cobbled streets, vaulted arches, bright pastel shutters on windows decorated with flowers, and splashes of bougainvillea. A tour of the village is a must to explore the churches and chapels that mirror a rich history, also found in the Musée des Arts et Traditions Populaires (ATP). The feudal castle, Château du Grimaud, on the hilltop guarded access to a territory (now the Gulf of Saint-Tropez) called “Le Freinet” from The Middle Ages to the French Revolution. The view from the top is unforgettable. After pausing for refreshment in a village restaurant, rendezvous at the Saint-Roch windmill, before strolling down to the ancient Pont des Fées (“fairies’ bridge”) to make a wish – remembering of course to keep it a secret !

The waterfront town of Port Grimaud

It is impossible not to fall immediately under the spell of Port Grimaud, created in 1966 out of the imagination of a visionary architect, François Spoerry. Strolling along the quays, you will be entranced by the two thousand fishermen’s houses topped with Roman tiles, their boats moored outside, and Venetian bridges linking small islands with their colonnades, retro street lights and bowls of flowers. Covering 90 hectares, this town on the waterfront with its labyrinth of canals is best viewed by boat – although you may need a map! When you add in the view from the modern church, the lively terraces, two weekly markets and all the water sports on offer from a large beach, you can appreciate why this exceptional place enjoys such an international reputation.

A celebration of culture

In the village streets up to the balconies of the castle, there is something on all year round. Be it in one of the many galleries lining the streets, contemporary art, painting and sculpture exhibitions, musical evenings, local traditions being celebrated, culinary gatherings like the truffle festival, or the Festival de Musiques du Monde des Grimaldines, Grimaud’s cultural vocation is to highlight its rich historical heritage.

Nature is all around you in a dazzling range of colours. From cork oak forests to fine sandy beaches, renowned vineyards to protected coves, from the massif to the sea linked by the plain and rivers, Grimaud offers a range of recreational activities. And for the contemplative souls among you, take time out to watch the daily metamorphosis of light, that red-pink-orange explosion in the sky at sunset.

Grimaud has a long history dating back to the Neolithic period. In the 11th century, its steep-sided location attracted the attention of the strategists. In 1058, a cartulary mentions the name “Grimaldo”, so nothing to do with the Grimaldi family of Monaco (11th century). Its location on the Gulf of Saint-Tropez allowed them to control access from the north and the Massif des Maures from an early defensive occupation. During the 12th and 13th century, the Counts of Provence were lords of Le Freinet, and life revolved around agriculture. Until the 17th century, the castle was in control of the gulf, known in those days as “Golfe de Grimaud”.

A stroll in the village

From the Tourist Office, take the lift to Place Neuve and the statuesque fountain celebrating the arrival of water pumped up from the plain. Head for Place Vieille and take Rue des Meuniers, then Rue des Templiers. From Saint-Michel church walk to the castle via Rue du Balladou. Descend via the chemin fléché, then Rue de la Treille and Rue du Baou. Chapelle des Pénitents, Rue de la Pompe (an old well). Walk up Rue du Gacharel and come back down under the porch to Place Neuve, visit the museum and return to your point of departure (circuit available at the Tourist Office) 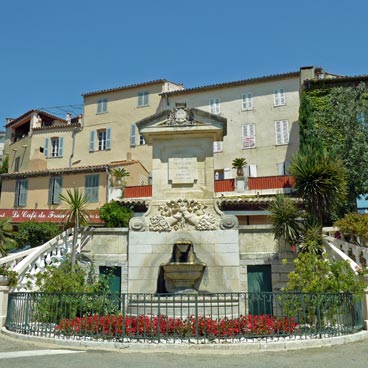 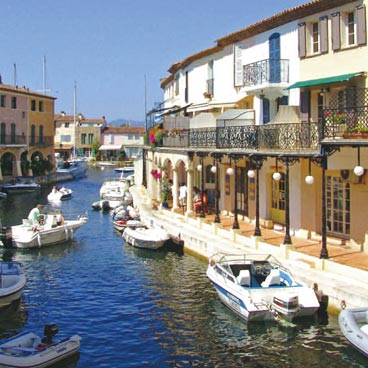 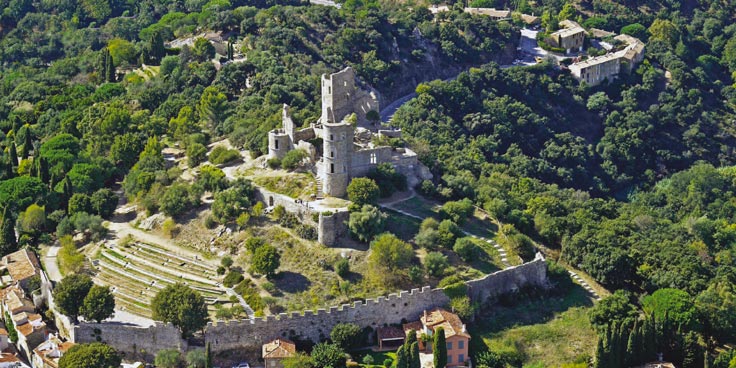