Historic site and monument
Back list
Ramatuelle
Backed by the ancient walls, the ramparts still runs on its roof, this church was probably built during the fifteenth. It originally was entered through a small door located inside the walled enclosure (under the current porch).

Its bell tower that supports a small bell is probably one of the four watchtowers that allowed the sea to observe and prevent the raids of Barbary.

She was disoriented and thoroughly revised when the Ramatuelle village was rebuilt after its partial destruction of 1592. A new door decorated with a rich portal green serpentine particular breakthrough was in 1620 outside the city walls.

Internally the church consists of a single nave and a flat apse choir decorated in XVIII of murals depicting the Assumption surrounded by the four evangelists. It is illuminated by two side windows and a stained glass window dedicated to 3rd St Andrew, patron of the village, located above the front door. 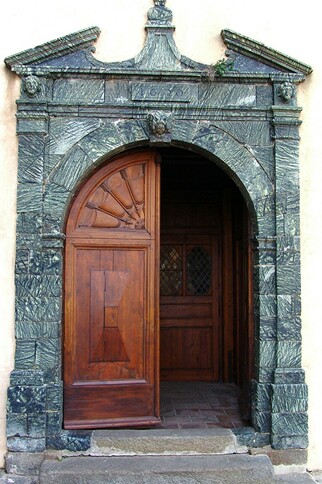 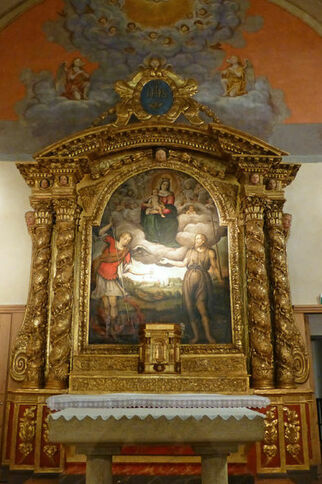 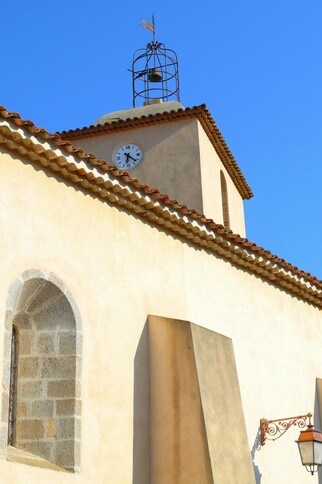